Shut the box in Flachau

Last Christmas I was a few days in the skiing resort Flachau in Austria to visit a friend. There I encountered a strange dice game, which I later learned to be “Shut the Box“.

Problem: How do you play the game in order to maximize the amount of free coffee you receive? 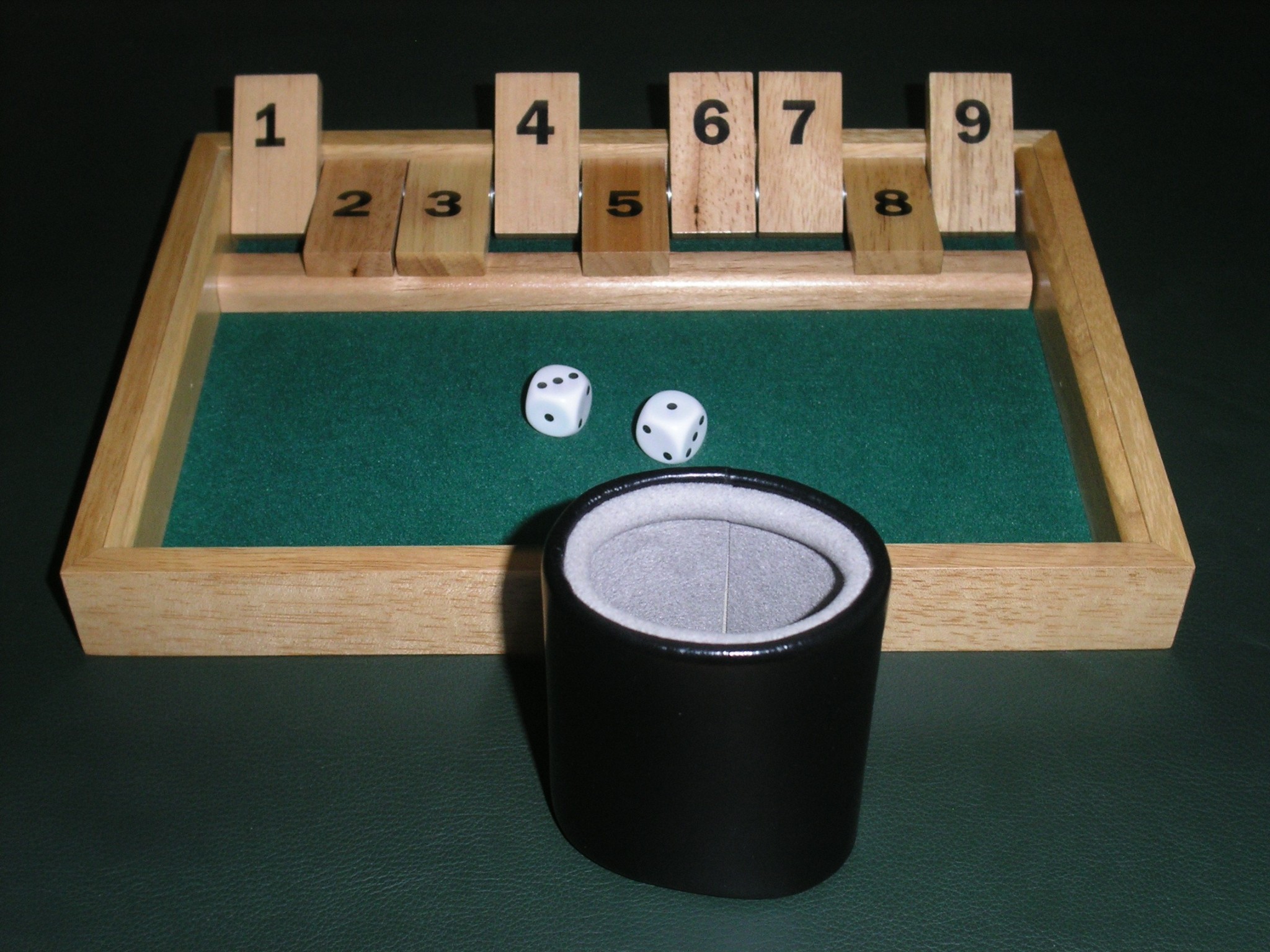 The rules of the game are simple. You roll two dice and turn down numbers as long as you can. The sum of the numbers you turn down must equal the sum of your dice. For example, in the picture at the right, the only possibility is to turn down the 4. If at the next turn the player rolls 7, he can turn down either [7], or both [1] and [6]. If you can’t turn down any more numbers you are bust and your final score is the number shown. If the player in the picture had rolled 3, he could not go on and would score 14679.
The player with the lowest score wins.

I played a variant of the game that has no winner, but only a looser — the player with the highest score. He then has to pay every other player a coffee at the library we were playing at. Or something like that, I can’t remember the details…

The whole long night, I was thinking about the proper strategy for this game. Obviously we are dealing with partitions of numbers here. And what we want to do, is to minimize the expected value of the final score.

The greedy strategy (turning down as many numbers as possible each time) however, is also obviously a bad one, because the low numbers are more valuable.
For example, if, on the first turn, we roll 6, turning down [6] is probably a better strategy than turning down [1],[2], and [3]. If we did the latter, and rolled 2, or 3 any time after, we’d be bust. Despite thinking about all of this, I could not find a satisfactory solution.

Therefore, when I returned home late at night from my library tour, I decided to write a program to find the optimal strategy. The only development environment I had installed on my laptop was Eclipse for Android. So, unfortunately, Java it was…

For the given problem size (only numbers from 1 to 9), it is easy for a computer to recursively enumerate the whole decision tree and always pick the move with the lowest expected score. The optimal decision tree is too big to print here, but you’ll see an excerpt below (p_die is the probability to die after the current state, EV is the expected value for the final score from the current state):

The best trade-off strategy I found is quite easy to remember and wins 90.8% of the time against three random opponents. It is therefore very close to the optimal strategy.

Rule number two requires a bit of explanation. The most central number is [5], the next two are [4] and [6], followed by [3] and [7], and so on. It is sufficient to rate “centrality” separately for each number, starting with the most central one. So if you rolled 7 and [7] is already gone, putting down [5] and [2] is better than putting down [4] and [3], because [5] is more central than [4]. There are only very few cases where it is not immediately clear which option is more central. As an example here is the order of moves this strategy proposes if you roll 11, ranked by centrality.

Having found a satisfactory solution, I finally went to sleep at 8 am in the morning. Unfortunately I never returned to the same library to have some potentially free coffee…